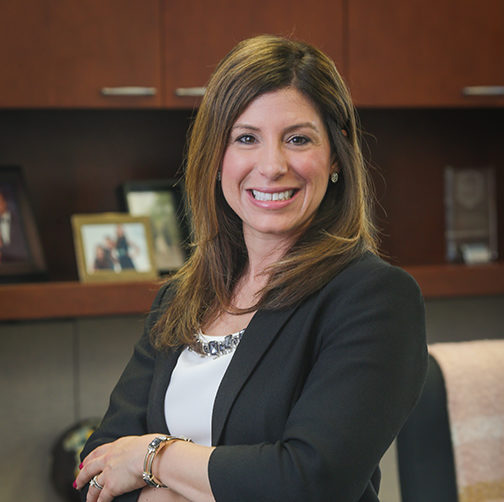 Join the Ali Center in welcoming this month’s Daughter of Greatness, Theresa Reno-Weber.

Theresa is the new President & CEO of Metro United Way as of January 2017.  She most recently served as the first Chief of Performance & Technology for Louisville Metro Government, where she oversaw the Office of Performance Improvement & Innovation (OPI2), the Department of Information Technology (DoIT) and the Department of Human Resources (HR); coordinating the people, processes and technology required to improve the way government works and the results they deliver to the community. Along with a talented team of professionals, Theresa launched Louisville’s internationally-recognized LouieStat program.

She has spoken both internationally and nationally on the subjects of performance management, data-driven decision making, and culture change and co-authored a chapter in the book Beyond Transparency. In 2015, Government Technology named her one of the Top 25 Doers, Dreamers & Drivers.  In 2016, Theresa received the Best of Kentucky Visionary Award.

A graduate of the United States Coast Guard Academy and former Lieutenant in the U.S. Coast Guard where she deployed to the Persian Gulf, was on the first Coast Guard Cutter to circumnavigate the globe and served as a Sea Marshall post 9-11, Theresa earned a Master’s in Public Policy from Harvard’s Kennedy School of Government and previously worked as a consultant with McKinsey & Company.  Theresa serves on the Board of Directors for the Girl Scouts of Kentuckiana, Actors Theatre, and The Drucker Institute.

Theresa lives in the Highlands of Louisville, Kentucky with her husband and 3 children.

Your ticket for: Daughters of Greatness: Theresa Reno-Weber