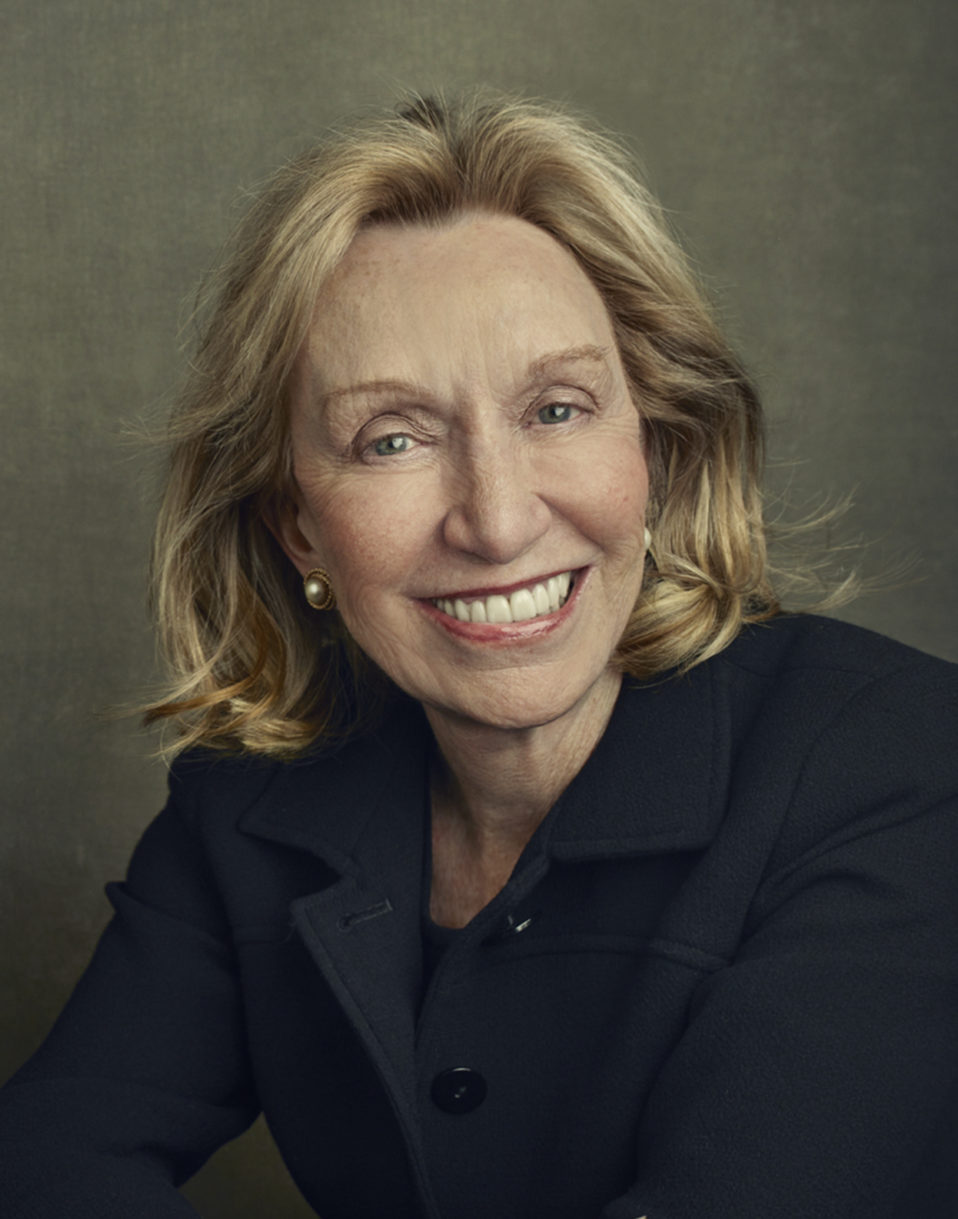 Her seventh book, Leadership in Turbulent Times (published on September 18, 2018 by Simon & Schuster), is the culmination of Goodwin’s five-decade career of studying the American presidents. The book delivers an illuminating exploration into the early development, growth, and exercise of leadership as exemplified by Abraham Lincoln, Theodore Roosevelt, Franklin D. Roosevelt and Lyndon B. Johnson. It provides an accessible and essential road map for aspiring and established leaders in every field and for all of us in our everyday lives.

Goodwin’s career as a presidential historian and author was inspired when as a 24-year-old graduate student at Harvard she was selected to join the White House Fellows, one of America’s most prestigious programs for leadership and public service. At the White House celebration of the newly chosen Fellows, she found herself sharing the dance floor with President Johnson. He told her he wanted her to be assigned directly to him in the White House. But it was not to be that simple. For like many young people, she had been active in the anti-Vietnam War movement and had co-authored an article that called for the removal of LBJ, published in the New Republic several days after the White House dance. Despite this, LBJ said: “Bring her down here for a year and if I can’t win her over no one can.” Goodwin worked with Johnson in the White House and later assisted him in the writing of his memoirs.

She then wrote Lyndon Johnson and the American Dream, which became a national bestseller and achieved critical acclaim. It will be re-released in Spring 2019, highlighting LBJ’s accomplishments in domestic affairs that have stood the test of time: The three historic Civil Rights bills that he steered through Congress—ending segregation in the South, providing the precious right to vote to African Americans, and Fair Housing—changed the face of our country, as did the host of bipartisan landmark bills that comprised the Great Society—including Medicare, Medicaid, Head Start, PBS, NPR, federal aid to education and immigration reform.

Goodwin followed with No Ordinary Time: Franklin and Eleanor Roosevelt: The Home Front in World War II, for which she was awarded the Pulitzer Prize. She also authored a bestselling memoir Wait Till Next Year and The Fitzgeralds and the Kennedys, which was adapted into an award-winning five-part TV miniseries.

Her last book was the critically acclaimed and The New York Times bestselling The Bully Pulpit: Theodore Roosevelt, William Howard Taft, and the Golden Age of Journalism (November 2013). Winner of the Carnegie Medal, The Bully Pulpit is a dynamic history of the first decade of the Progressive era, that tumultuous time when the nation was coming unseamed and reform was in the air. Steven Spielberg’s Amblin Partners has acquired the film and television rights to the book.

Spielberg and Goodwin previously worked together on Lincoln, based in part on Goodwin’s award-winning Team of Rivals: The Political Genius of Abraham Lincoln, an epic work that illuminates Lincoln's political genius, as the one-term congressman and prairie lawyer rises from obscurity to prevail over three gifted rivals of national reputation to become president. Team of Rivals was awarded the prestigious Lincoln Prize, the inaugural Book Prize for American History, and Goodwin in 2016 was the first historian to receive the Lincoln Leadership Prize from the Abraham Lincoln Presidential Library Foundation.

The film Lincoln grossed $275 million at the box office and earned 12 Academy Award® nominations, including an Academy Award for actor Daniel Day-Lewis for his portrayal of President Abraham Lincoln.

Well known for her appearances and commentary on television, Goodwin is seen frequently on all the major television and cable networks and shows including Meet the Press and The Late Show with Colbert Report. Most recently she played herself as a teacher to Lisa Simpson on The Simpsons and a historian on American Horror Story.

Goodwin has served as a consultant and has been interviewed extensively for PBS and HISTORY's documentaries on Presidents Johnson, Roosevelt and Lincoln, the Kennedy family, and on Ken Burns’ The History of Baseball and The Roosevelts: An Intimate History. She served as a consultant on HBO Films' All the Way starring Bryan Cranston as President Johnson.

Among her many honors and awards, Goodwin was awarded the Charles Frankel Prize, given by the National Endowment for the Humanities, the Sarah Josepha Hale Medal, the New England Book Award, as well as the Carl Sandburg Literary Award.

Goodwin lives in Concord, Massachusetts. She was the first woman to enter the Boston Red Sox locker room, and is a devoted fan of the World Series-winning team.

Your ticket for: Daughters of Greatness: Doris Kearns Goodwin