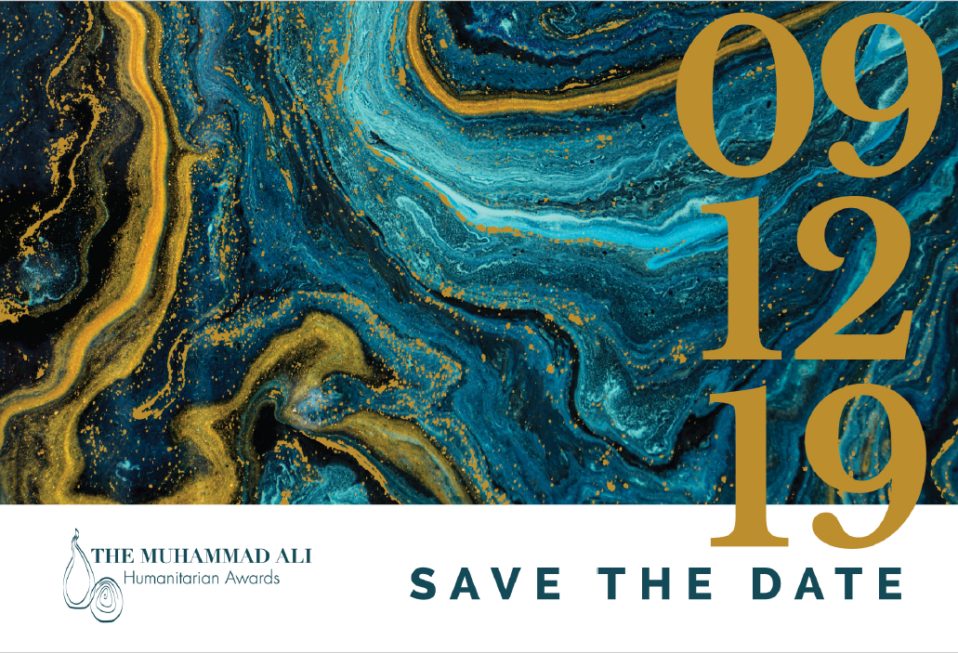 Save the Date for the Seventh Annual Muhammad Ali Humanitarian Awards, held at the Louisville Marriott Downtown on Thursday, September 12, 2019!