Muhammad Ali moved into the Parkland neighborhood with his family in 1947, when he was only 5 years old. Our next “Stories of Ali” program will feature contemporaries of Ali, his neighbors and schoolmates, who will share their memories of Ali and will paint a picture of what it was like to grow up in the West End of Louisville, Kentucky during the mid-twentieth century. 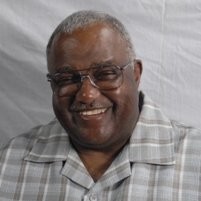 Mr. Rudolph Davidson grew up in Louisville’s West End and has remained building a prolific career and life. During his 37 year career he served Louisville Government in many leadership positions including, but not limited to, Executive Director of the City and County Community Action Agency, Director of the Louisville Sanitation Department, and Cabinet Secretary of Public Works and Services. He is currently a member of the Metro Government Waste Management District board and a member of the Shawnee Christian Health Center Board of Directors.

Mr. Robert (Bob) Coleman grew up a few streets away from Muhammad Ali and the Clays. For years, Bob owned and operated J-Town Paper Company, supplying office products to a variety of large and small companies. Bob served as a member of the Board of Directors for the following organizations: the Louisville and Jefferson County Human Rights Commission, O.I.C of America, and Stop Dope Now. He has also been a volunteer at the Muhammad Ali Center for several years. He is involved with several departments, acting as tour guide, a special events representative, and an assistant to our Muhammad Ali Oral History Project. 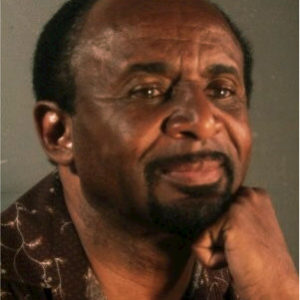 Dr. Henry Cobbs was born in Montgomery, Alabama, but was raised in Louisville from Kindergarten through twelfth grade, a few blocks from the Clays. Dr. Cobbs was a friend of Ali’s and remembers growing up with him and calling him GG. After high school, Dr. Cobbs briefly pursued a career in music entertainment, but ultimately joined the United States Air Force and earned several degrees from the likes of the University of Nebraska, University of Southern California, Troy University,  and Auburn University where he earned his terminal (doctorate) degree, and became a professor. He is now Dean of Academics at Air Force Special operations School.

This event is part of the "I Am Ali" Festival. Learn more here. It is FREE and open to the public.

What is Stories of Ali?

Stories of Ali, a new program hosted by the Muhammad Ali Center, was created by the Center’s Collection Department to bring the Muhammad Ali Oral History Project to life, allowing the community an opportunity to experience the project firsthand.   While the world knew Muhammad as a three-time heavyweight champion boxer, cultural icon, and global humanitarian, Stories of Ali aims to introduce to the public the more subtle sides of Muhammad: as a man with layers and complications and relationships. Each event will focus on a specific topic of Muhammad’s life, inviting two or three persons knowledgeable about the theme to participate in a public oral history forum, facilitated by the Collection Department.

Located on the Center’s second level, the Auditorium is situated adjacent to the LeRoy Neiman Gallery. The room’s multi-purpose design allows for stadium-style theatre seating, which can be retracted for an open floor plan. The Auditorium is equipped with a green room, a 16 x 19 projection screen, translator’s booth and surround sound. Audio and video capabilities are all built-in. The Auditorium provides the perfect environment for meetings, presentations, and films.

Availability
Daytime or evening use.

Your ticket for: Stories of Ali: Ali’s West End