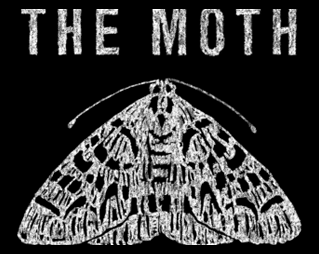 Jon Goode is an author, poet and playwright who hails from Richmond,Virginia and currently resides in Atlanta, Georgia. He has been a featured performer on HBO’s Def Poetry, TVOne’s Verses & Flow and BET’s Lyric Café. His stage play Khalas was showcased in the 2013 International Festival of Arts and Ideas. In 2006 Jon’s work with Nick @ Nite earned him an Emmy nomination alongside the Promax Gold for best copyright North America. Jon has toured the college performance circuit extensively and has performed at over 500 colleges and universities. Jon’s debut collection of poems and short stories, Conduit,was published in 2015; has received to date 43 five star reviews; spent 12 weeks as the #1 title in its category on Amazon.com and is the best-reviewed book of poetry on Amazon.com for 2015/16.

RayChristian is are tired Army Paratrooper, Combat veteran, Doctor of Education and Adjunct Professor teaching African American History and Storytelling at AppalachianState University. His stories have appeared in Reader’s Digest’s 2016 Best Stories in America and 2017 American Hero’s editions. As a competitive storyteller, Ray is a ten-time Moth Story Slam Champion and winner of the 2016 National Storytelling Festival Story Slam. He resides in the remote, mountains of Watauga County, NC where he raises an assortment of pigs, chickens, ducks,turkeys and dogs.

RubyCooper grew up in an Irish bar in Foxberg, PA, is a mother, grandmother, activist, teacher, writer,comic, (was) a go-go dancer, and has traveled to much of the world alone,first-class on a buddy pass. Over the decades, she has survived war,pestilence, austerity, deceit … No wait, those were her marriages. Her book,Irish Mongrel Child, is available on Amazon. She is currently writing a solo show—Old White Bitch, the Early Years—stories about being a liberal Yankee in the south during the civil rights movement in the early 60s. You can find her at rubycooper.com and storytellingmadefunandeasy.com

Hannah Drake is a blogger, activist, public speaker, poet, and the author of 10 books. She writes commentary on politics, feminism, and race and her work has been featured in Cosmopolitan Magazine. In 2019 during Super Bowl Sunday,Hannah’s poem, “All You Had To Do Was Play The Game, Boy,” which addresses the protest by Colin Kaepernick, was shared by film writer, producer and director Ava DuVernay, and then shared by Kaepernick. The poem has been viewed more than two million times. Hannah’s commentary on life and challenging others to dream bigger have been recognized by First Lady Michelle Obama. In February 2019,Hannah was selected by the Muhammad Ali Center to be a Daughter of Greatness which features prominent women engaged in social philanthropy, activism, and pursuits of justice. Hannah’s message is thought-provoking and at times challenging, but Hannah believes that it is in the uncomfortable spaces that change can take place. “My sole purpose in writing and speaking is not that I entertain you. I am trying to shake a nation.”

Trevor Nourse grew up on the Kentucky side of the Tennessee border in the small town of Franklin where he once climbed the welcome to Ky sign to escape a pack of wild dogs drunk on bourbon. Now he puts those skills to use as a tree-climbing arborist in Louisville, KY.

Randi Skaggs loves storytelling and teaches it to adolescents. In addition to teaching, Randi has won several Moth StorySLAMs – including the GrandSLAM – and performed in the Moth Ball in New York City in 2015. She produces a Louisville-based storytelling show, podcast, and workshop called Double-Edged Stories with her husband. She sends out a hearty thank you and I love you to her mom, husband,and two beautiful children for always supporting her.

The Moth is a nonprofit dedicated to the art and craft of storytelling. Since launching in 1997, The Moth has presented over 35,000 true personal stories, told live, without notes, to standing-room-only audiences around the globe. Renowned for showcasing a broad range of human experiences, The Moth produces approximately 600 live shows each year and has an ongoing presence in 30 cities worldwide. Additionally, The Moth runs storytelling workshops for high school students, teachers, adults and advocates from around the world through its Education, Community and Global Programs, and MothWorks which uses the essential elements of Moth storytelling at work and other unexpected places. The Moth Podcast is downloaded over 61 million times a year, and each week, the Peabody Award-winning The Moth Radio Hour, produced by Jay Allison at Atlantic Public Media and presented by PRX, The Public Radio Exchange, is heard on 500 radio stations. The Moth has published three critically acclaimed books — international bestseller The Moth: 50 True Stories (2013), All These Wonders: True Stories about Facing the Unknown (2017) and The New York Times Best Seller, Occasional Magic: True Stories About Defying the Impossible (2019).

Register for Event: The Moth and Muhammad Ali Center present: THE MOTH MAINSTAGE in partnership with 89.3 WFPL

Your ticket for: The Moth and Muhammad Ali Center present: THE MOTH MAINSTAGE in partnership with 89.3 WFPL