HELP CELEBRATE THE WOMEN WHO ARE SHAKING UP THE WORLD

The Daughters of Greatness series honors women who are changemakers in the arenas of social philanthropy, activism, and pursuits of justice. These women embody Muhammad’s core values as they actively work to realize the Center’s vision for a more just and compassionate world where all of us—whatever our race, religion, or background—can achieve the fullest measure of our greatness.

By supporting Daughters of Greatness, you help us to amplify the voices of women who stand at the fore of social change while inspiring others to seize their power and carry forward the torch.

Unless otherwise noted, the format includes a hot breakfast served at 8:30 a.m. followed by the program from 9:00-10:00 a.m. Seating is limited. For reservations or more information, contact Erin Herbert at eherbert@alicenter.org.

AS A CORPORATE MEMBER.

The Muhammad Ali Center relies on donor generosity to bring the Daughters Greatness series to the public. Starting in 2023, by joining us as a Daughters sponsor at the Trailblazer level or above, you are immediately enrolled in our Corporate Membership program. Support excellence and become a corporate member today.

To learn more about how you can support this critical program, contact Theresa Burridge, Assistant Development Director at (502) 296-3203, tburridge@alicenter.org, or visit here to purchase your sponsorship today. 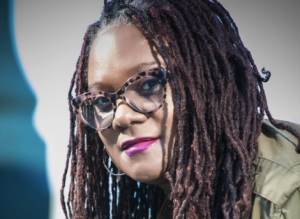 Deborah D. Douglas is author of the “U.S. Civil Rights Trail: A Traveler’s Guide to the People, Places, and Events That Made the Movement,” the first-ever travel guide to follow the official civil rights trail in the South, and a contributor to “Four Hundred Souls: A Community History of African America, 1619-2019.” Among her many recognitions, she received Chicago’s prestigious Studs Terkel Award and the Society of American Travel Writers 2021 Guidebook of the Year.

Douglas is a senior lecturer and director of the newly created Midwest Solutions Journalism Hub at Northwestern University. She is a founding editor in chief of The Emancipator, a digital platform that reimagines abolitionist newspapers for a new day. She previously served as the Eugene S. Pulliam Distinguished Visiting Professor at DePauw University, senior leader with The OpEd Project, amplifying underrepresented expert voices, and founding managing editor of MLK50: Justice Through Journalism.

While teaching at Northwestern University, she spearheaded a graduate investigative journalism capstone on the Civil Rights Act of 1964 and taught best practices in Karachi, Pakistan. Douglas’ adventures in thought leadership were seeded at the Chicago Sun-Times where she served as Deputy Editorial Page Editor/Columnist.

Douglas’ reporting and opinions have been published widely, including The Guardian, Ms, ProPublica, Time, The Boston Globe, American Prospect, VICE News, The Crisis, USA Today and O, The Oprah Magazine. In 2016, her reporting on Black women and erasure was cited by The New York Times magazine.

A product of the Great Migration, Deborah D. Douglas is Northern-born and Southern-rooted. 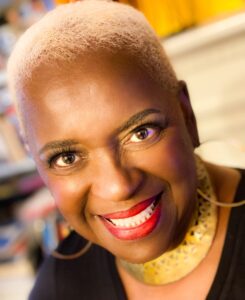 A native New Yorker, Betty Winston Baye ́ is an independent journalist, motivational speaker, and author of three books, The Africans, Blackbird, and The Book of David: My East Harlem Love Story. She earned a master’s degree at Columbia University's Graduate School of Journalism, and a bachelor's degree from Hunter College, City University of New York. She moved to Louisville in 1984 to join The Courier-Journal, where for 27 years her positions included reporter, assistant metro editor, editorial writer, and columnist. Betty's syndicated commentaries about race, politics, social justice, African American history, and the Black family drew a loyal audience, awards and TV and radio appearances. She was the lone African American on The CJ's editorial board from 1991 to 2011. Betty was one of 12 American journalists awarded a prestigious Nieman Fellowship at Harvard University in 1990-91. Betty is a past President of the Louisville Association of Black Communicators, and a past Vice President of the National Association of Black Journalists. In 2013 NABJ inducted her into its Hall of Fame. In 2016, Simmons College of Kentucky awarded Betty an honorary doctorate degree for her advocacy journalism. She produced and hosted The Betty Bayé Show on WYCS-TV in Louisville for eight years, and was a member of The Trotter Group, a national collective of Black opinion writers, for more than a decade. She conceived and co-hosts "Good Grief, Good Gossip, Good God,” a talk show on St. Stephen Baptist Church’s SSCLive TV. Betty is a member of the Louisville Alumnae Chapter of Delta Sigma Theta Inc., Chums of Louisville Inc., and the Zora Neale Hurston book club which she founded in 1999. 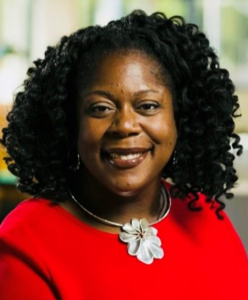 Carolyn Tandy leads the inclusion, diversity and equity efforts as the SVP, Chief Inclusion and Diversity Officer at Humana. She is responsible for elevating Humana’s inclusion and diversity focus and infusing cultural competency across all corners of the company and in the communities where we live and work. Additionally, Carolyn oversees Humana’s enterprise culture initiatives to continue to strengthen the organization’s culture and engagement across the company. Previously, Carolyn served as the Director of Diversity and Inclusion for Texas Roadhouse where she led the company’s national diversity and inclusion strategy for more than 70,000 employees across 58 markets. She was responsible for leading the company’s culture-shaping strategies for corporate culture, workforce development, minority and women's business development and driving forward community relations. By partnering with several external organizations to develop key relationships for community support and pathway initiatives for recruitment, hiring and retention, Carolyn was instrumental in helping Texas Roadhouse earn recognition as top employer for diversity and for women. Additionally, Carolyn brings a wealth of experience in strategic initiatives and leadership development, serving for more than 10 years as the Director of Congressman John Yarmuth’s District Office and constituent outreach efforts. Earlier in her career she was the Director of African American Outreach for the Democratic National Committee and Senior Advisor, Office of Congressional and Intergovernmental Affairs at the U.S. Department of Energy. Carolyn earned her BA degree at Gordon College and is a certified Diversity and Inclusion professional from Cornell University. She received her master’s degree in Management and Leadership from Webster University. When not leading the way at work and in her community, she can be found spending time with her husband, David, and three wonderful children. 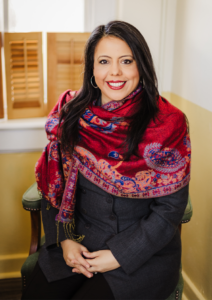 Karina Barillas is one of the co-founders and the Executive Director of La Casita Center, a Community of Latinx Hospitality, unique in the state of Kentucky.  La Casita enhances the well-being of Louisville’s Latino community through education, empowerment, advocacy, and wellness and works intentionally to build a thriving community based on mutual support and respect.

Karina is a native from Guatemala. Through a Fulbright scholarship in 1996, Karina earned her BA, with a minor in English, Psychology and Education, at the University of Louisville. She received her Masters in Education with a concentration in Counseling Psychology from the University of Louisville in 2002. Karina worked for eight years advocating, accompanying, and supporting Latina victims and survivors of domestic violence and sexual assault at the Center for Women and Families. For three years, she was the co-host of the first Spanish TV Show in Kentucky, Amigos en Louisville, a social, informational, and educational program.

Karina has received many accolades for her work and commitment to community including:  the National Conference for Community and Justice’s Peace Maker Humanitarian Award (2004), the Arte Sana National Latina Advocate Award (2006), the “Alden Fellowship” by the Community Foundation of Louisville (2015), the Tower Award on Service and Advocacy by Presentation Academy (2016), Trinity High School Peace Medal (2018), Business Women’s First Enterprising Women Award (2020), the University of Louisville Community Spirit Award (2017), and the 2017 Most Outstanding Latin@s in Louisville. In 2018, the Community Foundation of Louisville named Karina one of the 13 “Forces of Good” in our community, honoring her work by featuring her work with a billboard. In November 2020, the Mexican Government presented Karina with the Ohtli Award, an honor that recognizes invaluable work and assistance to the Mexican Community living in the US. In the summer of 2020, the Courier Journal featured Karina in the article “Matriarch of La Casita dedicates life to amplifying voices of Louisville’s Latinx Community.” This year, the Center for Women and Families honored Karina as a Woman of Distinction, for her 22 years of work accompanying families victimized by Domestic Violence. In that same month, Metro United Way and Louisville's Office for Women highlighted Karina as one of Louisville’s Impactful Women. On June 17, Karina received the 2022 “Keepers of the Dream Freedom Award,” being the first Latina to receive such an honor and recognition. Karina is the proud mother of Ali and Fatimah, and loves to dance salsa, sing, garden and cook with her loving husband Louis. 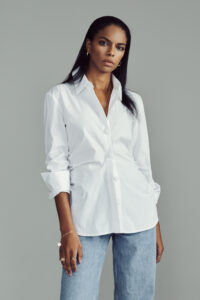 Noëlla Coursaris Musunka, a Congolese/Cypriot philanthropist and international model, is the Founder & CEO of Malaika, a grassroots nonprofit that educates and empowers girls and communities in her home country of the Democratic Republic of the Congo through a school, a community center, and a comprehensive clean water program. A unique and fearless spokesperson, and the face of leading beauty and fashion campaigns across the globe, Noëlla is a voice for the power of girls’ education worldwide. Founded in 2007, Malaika’s education and health programs are today impacting thousands of lives and are all offered free of charge. Crucially, Malaika acts as a local model that can be replicated on a global level. Noëlla has shared her insight at a number of world-class forums spanning the World Economic Forum in Davos to the university halls of Cambridge, Oxford, Harvard, and MIT. In 2017, Noëlla was named one of the BBC’s 100 Most Influential & Inspirational Women of the Year, and in 2018, she received an award at the 100 Years of Mandela celebration. She is also an Advisor at Concordia and an Ambassador for the Global Fund to fight AIDS, Tuberculosis and Malaria.

Learn more about Malaika at http://malaika.org/. 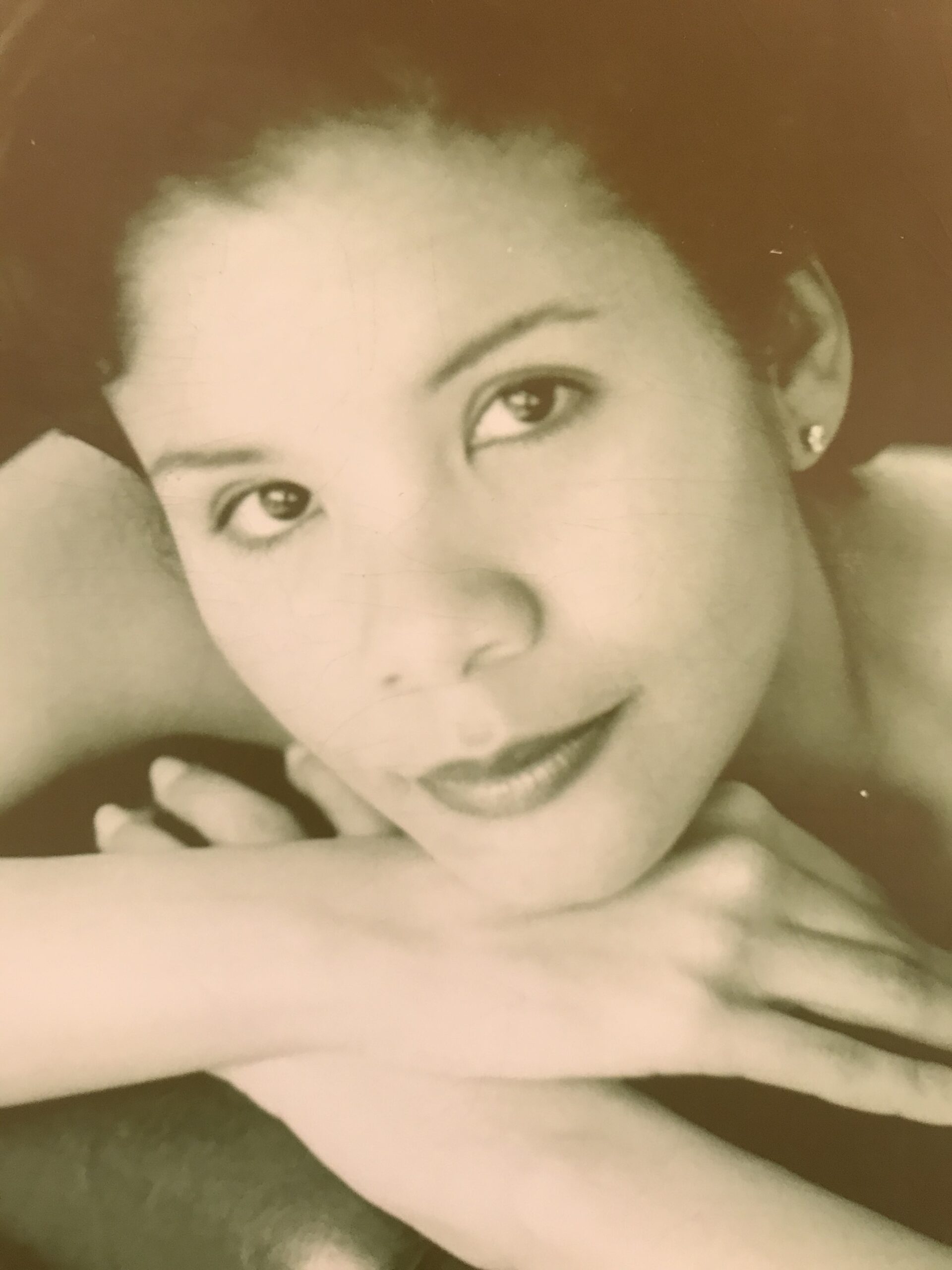 As the granddaughter of Pan-Africanists Marcus Mosiah Garvey and Amy Jacques Garvey, Nzinga Garvey proudly continues the tradition of ‘faithful service’ to elevate our collective consciousness and celebrate our collective humanity. The Garvey legacy has left an indelible mark as evidenced by the global internalization of Black Pride, Black Excellence, Black Power and Black Beauty.

Ms. Garvey’s career path is one of fearless transitions leading her to be a substantive agent of change in the behavioral health space. Ms. Garvey currently serves as General Manager at LivingWell (a business unit of UrgentPoint Medical Group) that specializes in the delivery of hybrid medical and psychiatric services to support the unmet health and wellness needs of behavioral/mental health patients. In this role, she works collaboratively with addiction, integrative and functional medicine specialists; forging a new healthcare experience committed to whole-person care. Ms. Garvey remains committed to the use of technology as a means to enhance the patient experience and to deliver increased measured health outcomes.

Throughout her career, Ms Garvey has lent her talents to serve humanitarian interests that included working with Bono and ONE to launch a social media incubator to combat energy poverty, Akon and Samsung Africa to launch Smart Health, a mobile health and wellness app focused on providing accurate baseline information on HIV/AIDS, TB and Malaria as well as Peace One Day (Peace Day concert in Goma, Congo on September 21, 2014) to engage a global community in its celebration and observance of sustained peace (the televised/streamed concert reached 65 million+ global viewers).

Most recently, Ms. Garvey is working with McGill University Faculty of Medicine and Health Sciences on a signature program initiative, One Health, designed to address healthcare disparities by providing scholarships and other needed resources to POC medical students. In addition, One Health will mold the academic curriculum to include extensive training that develops more culturally competent/sensitive healthcare providers.

Your ticket for: Daughters of Greatness